Colette Davies was raised in Billings and is a multi-generation Montanan. She graduated from Billings Public Schools and earned both her Bachelor of Arts and law degree from the University of Montana. She and her husband Bill have been married for over 20 years and have two children currently attending the same Billings schools.

Colette has been a member of the State Bar of Montana since 1997. She is admitted to practice in Montana, including the Montana Federal District Court, as well as the Ninth and Tenth Circuit Courts of Appeal.

She is currently a partner with the Billings-based firm of Bishop, Heenan & Davies, where she specializes in complex civil litigation.  Her practice focuses on insurance coverage, all facets of injury law, and lien resolutions. She also specializes in human rights matters, including sexual harassment and retaliation.  She has previously litigated product liability cases, class actions, mass actions, contract disputes, general negligence, employment disputes, and bankruptcies.

From 2005 through 2010, Colette served as an appointed judge for the City of Billings Municipal Court. It is one of the highest-volume courts in the state of Montana.  She presided over thousands of criminal and other court proceedings, including initial appearances, arraignments, bond hearings and both jury and non-jury trials. She also issued orders of protection and handled sentencing in criminal cases ranging from DUI’s to domestic violence.

While a judge with the City of Billings, Colette had the opportunity to work closely with therapeutic treatment courts, including drug court and mental health court. She also received education and training at the national level to allow her to preside in these types of specialty courts.

Colette is devoted to the long-term growth and success of Yellowstone County, and believes service is an integral part of being a good citizen, parent, friend and neighbor.  She has served on multiple non-profit community boards over the years.  She currently serves on the board of Family Services, Inc. which focuses on poverty-based issues. She also currently serves on the organization’s long-term strategic planning committee and capital campaign committee.

She also currently serves as a board member of the Billings Preservation Society Foundation and formerly served as board president.  Colette actively volunteers in her children’s schools and loves to participate in other service activities throughout the area.

Colette taught a college-level course on community supervision and probation for several years at MSU-Billings in its Sociology/Criminology Department.  She developed the curriculum for the course, which provided in-depth examination of community-based alternatives to incarceration and probed the role of supervising agencies throughout all stages of the criminal justice process, from pre-trial proceedings to sentence discharge.
​ 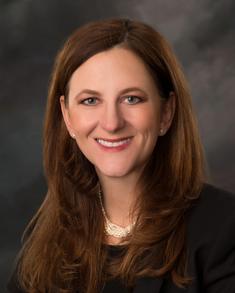 WHAT OTHERS SAY ABOUT COLETTE

Montanans For Liberty And Justice
Supporting Judges Who Are
EXPERIENCED, FAIR & IMPARTIAL