GUEST VIEW - ​Helena IR, May 11, 2022​
Ingrid Gustafson: The resilient integrity of justice in Montana
​
​America is exceptional because, unlike Russia, China and so many other countries, it has always been served by an independent, co-equal judicial branch, committed to the rule of law.

In America, and in Montana, we grow up knowing, that in a courtroom, hard-working people stand on a level playing field with the rich and politically powerful. We trust and rely on the integrity of the judiciary to resiliently, fairly, and independently apply the law.

Deliberate, organized attacks are now being made threatening the non-partisan integrity of our judges and our courts. They prefer partisan political agendas to the rule of law. They are led by extremists and lobbyists unsatisfied with a system that has refused to knuckle under to their ideology. They send out press releases and opinions baselessly maligning the judges of our district courts and the justices of the Montana Supreme Court. Now they are running candidates for judicial office who have carried their water for years, including against me.

Montana has seven Supreme Court justices and 50 district court judges. They come from the widest variety of backgrounds imaginable. These judges share the common belief that governments that abandon their independent judiciary and the rule of law are on a fast track to collapse.

I have served Montanans as a judge for nearly twenty years. I was originally appointed by a Republican Governor to serve as a District Court judge in Yellowstone County, and then by a Democratic Governor to serve as a Justice on the Montana Supreme Court. My hard-earned reputation of being fair and non-partisan is the result of issuing thousands of orders and opinions, in all types of cases, which applied the law according to the Constitution of the State of Montana, the statutes passed by the Montana Legislature, and established precedent of the Montana Supreme Court.

The Montana Supreme Court has the same reputation. Our performance is regularly evaluated by an independent survey conducted by the Montana Bar Association. The most recent survey, showed that more than 90% of respondents agree with the Court’s overall performance, believed the published opinions of the Court clearly state the appropriate rule of law, identify and apply standards of review, and provide instruction on remand, and timely issue opinions in adversarial cases and overall completed its workload in a timely manner.

While these survey results are not a surprise, they are not taken for granted. With the leadership of Chief Justice McGrath, each Justice has worked to maintain very high standards of independence, integrity, accuracy, and timeliness. This helps Montana businesses, families, and communities thrive in a legal environment that is reliable, consistent, and based on the rule of law.

As we celebrate the 50th anniversary of our 1972 Constitution, it is important we remember the Judiciary is a non-partisan, independent and co-equal branch of the government that ensures the protections of the Constitution apply to all Montanans.

The people of Montana are resilient, as is the integrity of our Constitution and the Montana Supreme Court. We must withstand the extreme partisanship and false flags being waged against the judiciary so that we can continue our work to improve the quality of life, equality of opportunity, and to secure the blessings of liberty for this and future generations. 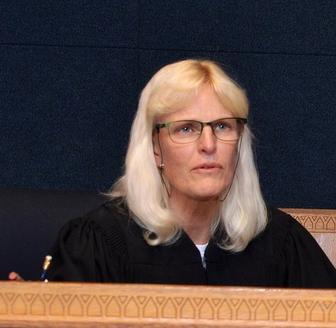